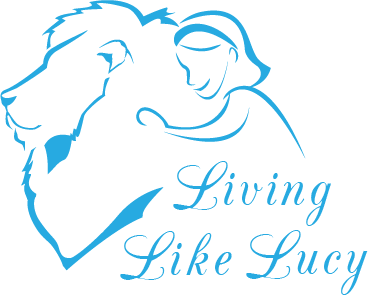 Out of all the characters, why Lucy?

What does the life this little girl lived teach us about how we should live our life? This is an analysis and sample of twelve points that can be made in our presentations:

The truth is not always logical.

Despite, as Susan would describe, the absolute lunacy of the idea of a wardrobe with a magical land in it, it was in fact reality and it did exist. For the Believer, the idea of a glorious place that exists beyond the grave for those who simply believe in it, many would also describe as foolish nonsense.

Faith often requires a belief in what others cannot see.

Just as Lucy’s siblings couldn’t see Narnia at first and Trumpkin couldn’t see Aslan, didn’t make them any less real. For the Believer, we will always be at odds with those around us that just can’t see God at work. And during times when it is hard for even a Christian to see God, we still know that He is there, just as Lucy knew Aslan was with them, though at first it was hard to see him as they traveled to meet the others in Prince Caspian. (Hebrews 13:5b) (Ch9 Prince Caspian)

We need to stand firm on what we know is the truth even when it is questioned by others.

Lucy’s brothers and sister questioned her sanity when she told them of the wardrobe. They also questioned if she had really seen Aslan on their journey to meet Prince Caspian. As Believers, we need to always be ready to give an account of the faith by which we stand on. (I Peter 3:15) (end of Ch1, beginning of Ch2 The Lion, the Witch, and the Wardrobe)

Never lose the faith you gained as a child.

All throughout the stories from her first steps into Narnia to the very last battle, Lucy never wavered in her belief in who Aslan was and his relationship with her. Paul the Apostle writes in his letter to Corinth that when he was a child, he talked, thought, and reasoned as a child, but when he became a man, he put his childish ways behind him. (I Corinthians 13:11) As we grow, this is only natural, Aslan himself even says of the children that they have grown up, but there are some things we learn as a child that we should never put away. Lucy never dismissed her belief in Narnia and Aslan (unlike her sister Susan) and we should never think we are too old for the things we learned of our Heavenly Father as a child.

Have courage to defend what you believe to be the truth.

When given her “tools” by Father Christmas, but told she should stay out of battles unless absolutely necessary, Lucy responds, “I think I could be brave enough sir.” Lucy was not afraid to fight for what was right and defend the truth. She never wavered in her defense of Aslan and we should never waiver in our defense of our belief in God. (Ch10 The Lion, the Witch, and the Wardrobe)

Live in such a way that your faith is beyond reproach and your character honors the one you believe in. Reflect your faith!

When the very character and person of Lucy is brought under question by Susan and Peter in front of the Professor, it is determined that she has never been a liar and her character was always superior to that of Edmund’s, therefore making it hard to discredit her story against his. If we choose to live a life that always honors the One we believe in, others will have a hard time discrediting it. Lucy says in the final book, “In our world too, a Stable once had something inside it that was bigger than our whole world.” Lucy’s life always reflected her faith in Aslan and so too does ours need to. (Ch13 Last Battle)

In the very first pages of the story, we learn right away of the character of Lucy. Conscious of the fact she is a guest in the Professor’s house and should respect any rules, she encourages the others that they should go to bed, which is probably expected of them. The very first commandments to the people of Israel exhibit an air of respect and honor to those in positions of authority. We as Christians should be showing respect and honor to God by obeying the rules of those that are in authority over us. (Ch1 The Lion, the Witch, and the Wardrobe) (Exodus 20)

Don’t discredit (or underestimate) your value.

In Voyage of the Dawn Treader, Lucy struggles with living in the shadow of her older, prettier sister, Susan. She wants to recite a spell from a magician’s book to make herself the prettiest lady in the land, but Aslan comes into the book and rebukes her. In the movie adaptation, Lucy takes the spell, recites it, and accidentally wishes herself away wanting to be beautiful like Susan. Aslan gives her a glimpse into life without her or Narnia and then shares with Lucy that without her, no one would know Narnia for she discovered it and that she should not discredit her value. It is so easy for us in this world to see others as better or having something we don’t have and wanting it for ourselves. We lose sight of our own importance and value to God. Lucy later says to Gael, that when she grows up she should be just like herself. God has a special plan for each of us and he has designed us for that purpose. If we do not fall to temptation and instead live walking in His ways, we will experience that plan He had just for us. (Ch10 The Voyage of the Dawn Treader)

Take responsibility for your actions.

When Tumnus is taken prisoner by the Secret Police all the children think they should just leave and that it is out of their hands. Lucy recognizes whose fault it is and whose responsibility it is to do something about what has happened. She even says, “But I’m the human! We have to do something to save Tumnus.” What we do in our life has resulting reactions, some benefits, and some consequences. Many try to avoid taking responsibility sometimes for what they have done, but this isn’t the right thing to do. We need to take responsibility for the decisions and actions we do, in good or in bad. (Ch6 The Lion, the Witch, and the Wardrobe)

See more than what others see. Move forward with expectant hope.

In the very beginning at the Professor’s house, all the other children look into the room with the wardrobe and say, “Nothing there!” but it goes on to say that Lucy stayed behind…She didn't agree with the others. She saw something. She saw the wardrobe. I believe that God is all the time trying to teach us and show us things even in what appears to be little or insignificant. Challenge yourself to keep your eyes open and look deeper. What might God be trying to tell or show you? (Ch1 The Lion, the Witch, and the Wardrobe)

Once the four children with Aslan’s help set everything to right in Narnia, they were each crowned a king or queen and Aslan announces to everyone, “Once a king or queen of Narnia, always a king or queen.” When we accept Jesus Christ as our Savior, we become part of His eternal family. This chance to reign and rule with our Savior in heaven for all eternity is open to each of us, but we each must be willing to embrace the idea and then accept it. (Ch17 The Lion, the Witch, and the Wardrobe) (John 1:12)

Take care of what you’ve been given.

In chapter six of the first book, Peter states after entering Narnia, “I do believe we’ve got into Lucy’s wood after all.” Aslan gave the reality of Narnia unto Lucy first. Aslan then later asks Peter to fight for his people against the White Witch. He entrusted his creation to the four children. God first gave His creation to Adam and then to us all through history. Matthew chapter 5 speaks of us inheriting the earth. How are we doing with this responsibility that we have been given? We should be caring for it with the same level of respect for Who owns it, as the children took towards what Aslan had entrusted to them. (Ch12 The Lion, the Witch, and the Wardrobe)